Schubert is widely regarded as the composer of songs, piano works, chamber compositions and symphonies. Fewer people know that the short-lived composer, who created so many masterpieces but achieved so little success, also tried his hand at opera. One of the most notable of these experiments is Alfonso and Estrella, composed in 1822: a true rarity, now being performed for the first time in Finland in a historical interpretation by an international ensemble of soloists from the Helsinki Baroque Orchestra, conducted by Aapo Häkkinen, who has led the orchestra for 20 years.

Alfonso and Estrella’s love story is the basis for a three-act German romantic opera by Schubert, to a text by his friend Franz von Schober. The work was never premiered in the composer’s lifetime – it was rejected by opera houses in Vienna, Berlin, Dresden and Graz. It was first conducted by Ferenc Liszt in Weimar in 1854. The international cast of singers for the current performance includes top singers from Germany, Croatia, Norway and Finland. The chorus for the production was the Cantemus Mixed Choir conducted by Soma Szabó.

Directed by Vilppu Kiljunen and visualised by Sampo Pyhälä, the dramatised performance transformed Helsinki’s Musiikkitalo Concert Hall into an island of dreams on 13 and 15 November, and on 17 November, for the first time in Budapest, the piece was performed at the MÜPA, where it was also recorded on video.

But was this production really an “island of dreams” – at least for the Cantemus Mixed Choir – or was I exaggerating poetically? 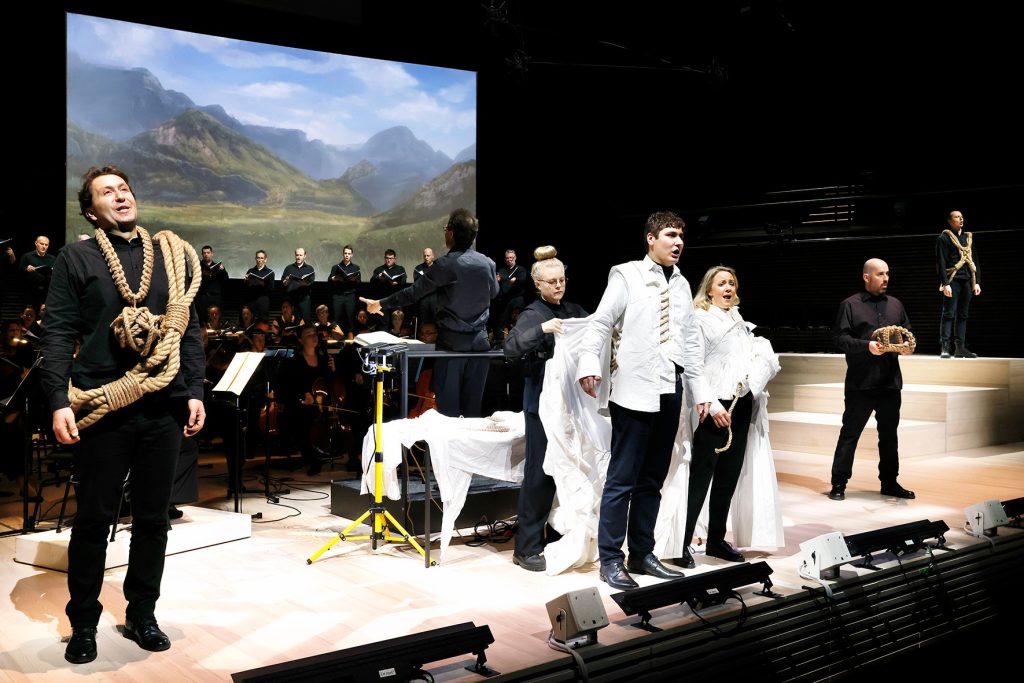