The current climate doesn’t favour performing arts and it’s especially hard for lovers of choral singing. The corona virus has made no exception for the the Cantemus Choral Institute and  has attacked us too. We’ve had to suspend our rehearsals and concerts for an indefinite period of time. Several of our singers have been ill and our director and conductor Dénes Szabó needed hospital treatment.  The good news is that by now all is well on the health front. Dénes Szabó has been discharged and is convalescing at home.  We are very grateful to all the doctors , nurses and support staff of Nyíregyháza Hospital.

Many thanks also to all of you who called to enquire about his progress, to encourage him, to cheer him up or simply to tell him that you were keeping your fingers crossed for him. There were a lot of you –  a great many of you. 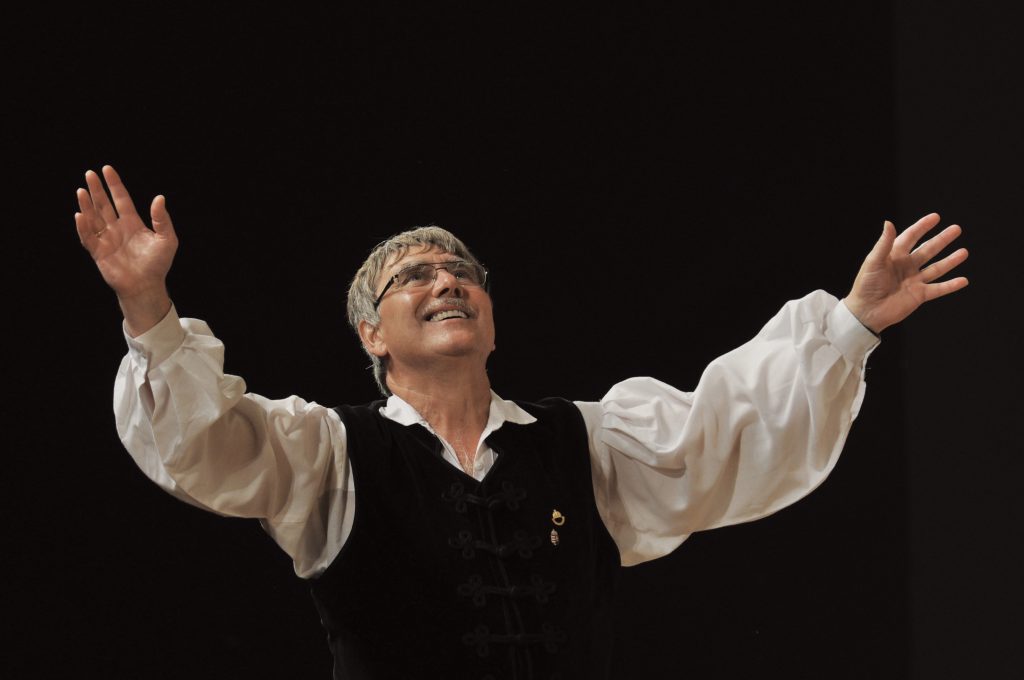 Most singers of the Cantemus family are fit and healthy again –  ready to take the challenges ahead on board.  The Cantemus Mixed Voice Choir can restart rehearsals from the 20th of October. Our other choirs need to wait longer.  We have a long established Cantemus legacy of making no compromises in quality  – but if our fate so requires we’ll face new challenges.

We were planning a series of concerts to celebrate the 45th anniversary of the foundation of the Cantemus Children’s Choir which has since grown into a whole choral family. We are currently not in the position to do that in the traditional way but we’ll endeavour to use the online alternatives in a similiar way to what we did in spring and in the summer.

Every Friday – starting from the 23rd of October –  we would like to highlight some special moments from the past 45 years and share some interesting and thought provoking stories from behind the curtains with our audience as part of the ’Cantemus 45 Celebrations’. To mark the anniversary we’ll publish a special edition of the Cantemus Magazine and also a CD containing the  most beautiful Christmas recordings of our choirs. Sharing a recording of one of our previous Christmas concerts with you on Youtube on the 20th of December is also among our plans. We hope that the enthusiasm of our audiences, our current and former singers and all those of you who like what we do will continue unabated.

Come and join us in ’One heart, one soul and one spirit’.