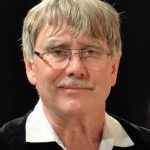 Listening to the choirs of the Cantemus family the same question arises in everybody’s minds. The clarity and purity of the perfectly balanched sounds permeating from every corner of the concert hall evoke the sound of angels singing. Where does the talent come from which – through the voices of enthusiastic young people with glowing faces – unites power, strengh, joy and love into such honest and full-bodied harmony?

The quest for the answer to this question leads to Nyíregyháza…

In 1975 when we began our choral education work in the spirit of Zoltán Kodály we had no idea how far the consistent and relentless implementation of the method he devised would eventually take us. Feeding the members of the Cantemus Children’s Choir their Daily dose of the ’irreplaceable food for the soul’ together with the use of the relative tonic solfa to develop and constantly improve their pitch and aural skills raised the level of the childrens’s music performance to an artistic level which very soon grew out of the primary school framework and gaines acknowledgement whitin international musical life.

Further proof that our following in Zoltán Kodály’s footsteps meant that we were ont he right track has been the enthusiasm of our school leavers for singing which has continued unabated. That is what led to the creation of the Pro Musica Girls’ Choir and subsequently also gave birth to the Cantemus Mixed Voice Choir. This irresistable spreading of a passion for singing was why our students began to call the music classroom in our school ’the contagion ward’ which has since become the permanent name for it.

Having won over 50 first prizes at international competitions the choirs of the expanding Cantemus family have performed with unique continuity at such a high standard over the years that setting up an independent organization became an almost unavoidable requirement in order to be able to coordinate their work – which had grown beyond the Kodály School as a primery school. Therefore the local authority for Nyíregyháza formed the Cantemus Choral Institute in 2003.

Director of the Cantemus Choral Institute